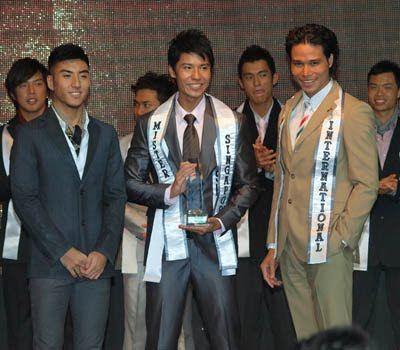 Bishan Nelson Lee was declared as the new Mister Singapore 2009 Pageant which was held in Zirca.

22-year-old Nelson was born in Singapore but migrated to Melbourne, Australia when he was 10. He was also a national swimmer and tennis player with the Victoria All Boys team. Due to national service, he returned to his birth place to serve his duties. After completing his degree in Biomedical Science from Bradford University, Nelson worked as a scientist and hopes to advance in the field of Biomedical Research and Development. He was also voted one of 50 most gorgeous men in Singapore last year.

Throughout the two-hour event, the contestants competed in three categories: swimwear, evening wear and interview. During these competitions, the “Top Five” were selected before the crowning. MISTER SINGAPORE 2008 Alex Zhang crowned his successor at the conclusion of the two-hour pageant, before an estimated viewing audience of more than 1,200.